Local dealership employees congregated in cars outside the local Mellow Mushroom at 11a.m. where they stood by to receive pizzas. Volunteers from Curtis Media and WQDR assisted with loading pizzas into 30 dealership vehicles. In less than half an hour, over 100 pizzas were dispersed among 19 Durham Fire Stations.

“As an industry, new car, truck and RV dealers are happy to support our local first responders who work tirelessly to keep our communities safe. What happened Wednesday was a tragedy, but it could have been a lot worse if it weren’t for the Durham Fire Department and their evacuation efforts. The very least we can do is provide a hot meal to those who continue to pick up the pieces,” stated NCADA President Robert Glaser.

NCADA Charitable Foundation has been working to recognize first responders through its Hometown Heroes program across the state for the past four years. Programs supported by the dealers have included the WWII Flight of Honor, the Teacher of the Year program and the Drive for Troops Program. For more information on NCADA or the event, please visit the NCADA Facebook page www.facebook.com/ncautodealers 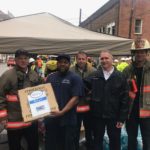 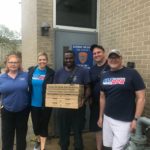 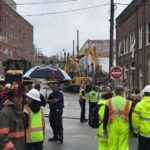 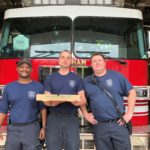 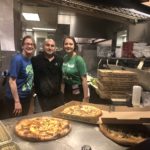 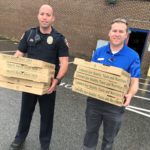 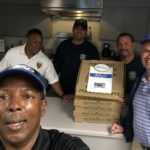